This year I will be publishing some more articles on art and culture and especially do journalistic research for our documentary series LEFT WING HOBBIES. I have written before about DE ROTTERDAMSE BEELDMAATSCHAPPIJ; it’s not only about documentary but also about fact finding, as many facts as possible. You can call it journalism, we just call it slightly ‘pamphlettistic’.

So LEFT WING HOBBIES. Well, my love for the world of arts and culture in the Netherlands is a lot less I can tell you, and waning. But that’s where I come from and so that’s what I have to deal with. I guess. Nobody wants to hear more sobbing and moaning over art markets, institutionalized subsidiaries and budget cuts. Even I, myself, am fed-up with those stories. By the way: you can mostly read them in art magazines published for people in the art world; everything is carefully contained in the silo’s that have been constructed for them.

Anyway. I decided to research on the brighter side of life. I’m departing from the discrepancy between the official definitions of art and how art is experienced in general: free, unruly, independent, visionary, against the stream, against the odds, etc.

The only truly free ‘art forms’ that still fit within those parameters – as far as I can see – are graffiti writers and taggers, old-school video-bloggers, hackers, and even hooligans, to a certain extend, skaters maybe, and a bunch of other free spirits. Insane in the membrane, all-about-fun and totally committed to ‘their (in)crowd’… I didn’t know but that was my image of most of them. Now that I am researching this crowd for a few months, I see direct links between who we are as people in general and the art-world. As if they were the missing link I was looking for. As if… maybe here I find and answer that I have been looking for quite some time now: how can the western art-world escape its self-inflicted prison? I hope so… 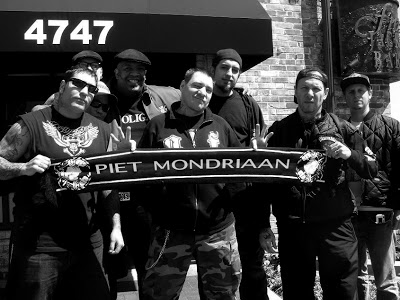